The damage done by the arms trade is a root cause of human suffering and environmental degradation. Quakers are working to end the arms trade.

The arms trade has a devastating impact on peace, human rights and security across the world. Large scale military procurement and arms exports only reinforce a militaristic approach to international problems.

We work with others to challenge the morality of the trade as a whole and to shine a light on the unethical and sometimes illegal activities of the arms industry.

We have to take responsibility in our own countries for the trade in weapons, which will continue unless we intensify our actions against it... Let us picture where Jesus Christ would be in this matter...He would be there, he would be working with us, he would be arguing and doing everything in his power to ensure that this trade, which is totally immoral, was stopped as soon as possible.
- Jo Vallentine, Quaker faith & practice 29.09 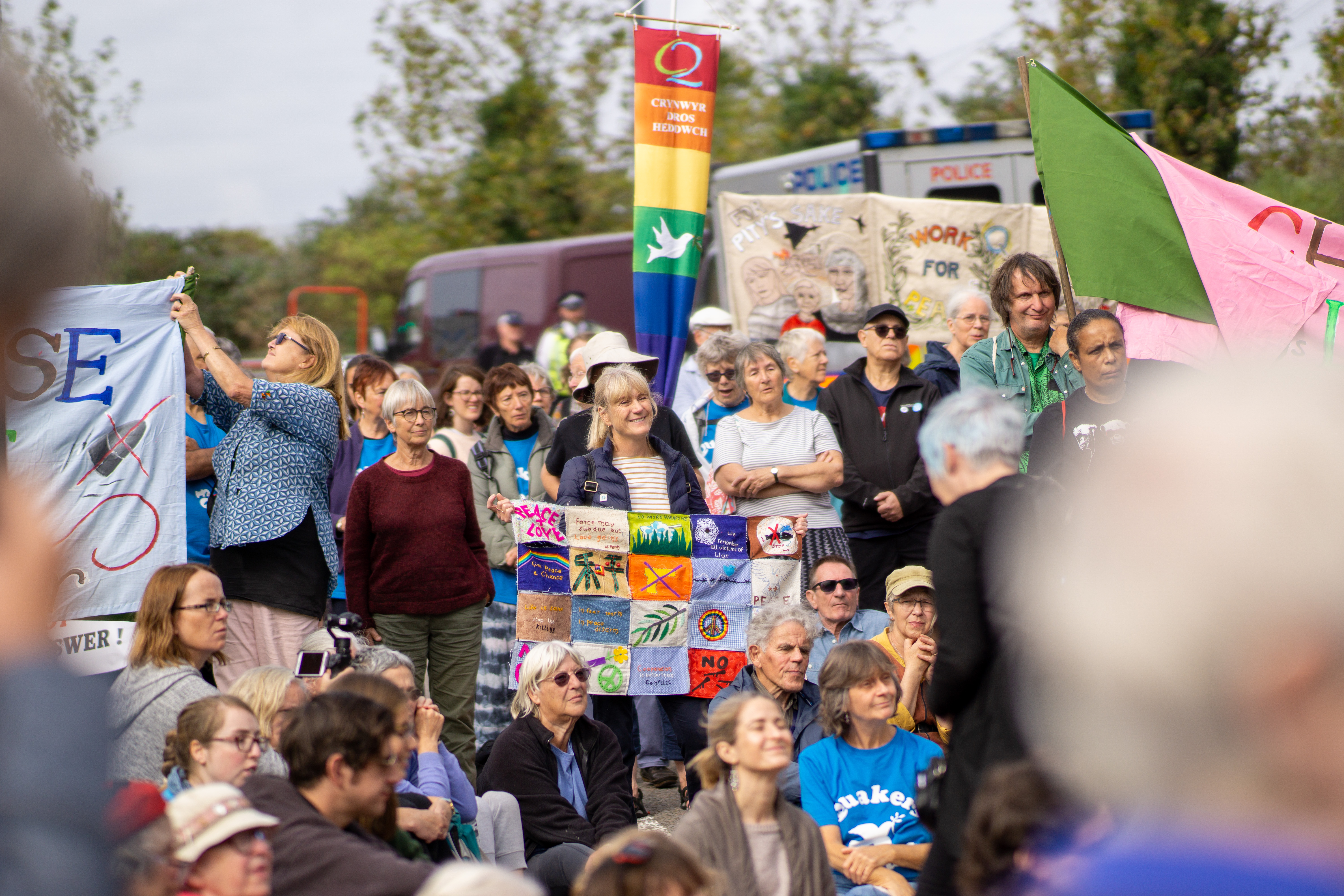 Quakers in Britain are a founding member of Stop the Arms Fair, a coalition of groups opposing the Defence and Security Equipment International arms fair (DSEi) in East London every other year. We build resistance to the arms fair through protest, lobbying, witness, creativity and prayer.

In September 2019, a Quaker network named Roots of Resistance organised faith-led nonviolent direct actions that disrupted preparations for the arms fair. The network organised 700 Quakers and allies in holding meetings for worship in the access road to the Excel Centre on No Faith in War Day, worshipping in solidarity with those who are victims of the international arms trade.

Around 50 nonviolent protesters, many of them Quaker, were arrested. Oliver Robertson, Head of Witness and Worship for Quakers in Britain, explained:

“Quakers are against all war and preparations for war. Deliberate killing of others denies their humanity and the arms trade, by seeking to profit from killing, is deeply immoral.

“As part of our witness to peace, we held meetings for worship on the road leading to the arms fair venue at the ExCeL Centre. This was interrupted by a police announcement that we would be arrested if we did not move out of the road.

Quakers spoke to police officers, including the inspector in charge, explaining that this was not just 'quiet time' but a holy gathering. Police should behave the same way they would during a Catholic Mass or Muslim prayers towards Mecca. To their credit, the inspector apologised for this and offered to take that as a learning point for the future."