Like the rest of the world, Rwanda has been hit by the Covid-19 pandemic; our economy especially has suffered a lot. Life has become difficult for everyone, including for the members of the Evangelical Friends Church Rwanda (EEAR).

Apart from faith activities, Rwandan Quakers work hard for the positive development of our country, including through peace programmes. I work for one of EEAR's peace programmes called Turning the Tide (TTT) Rwanda. It is a nonviolence training programme and together with my colleagues, I train fellow Rwandans not to remain silent when they experience violence and injustice.


Because of our history, many Rwandans find it is very difficult to speak out against injustice, especially if powerful people are involved. We teach communities their rights and show them nonviolent ways to stand up for them. We do this by offering campaign training and by supporting groups during their nonviolent campaigns.

Action in a pandemic

This is a job that is not easy to do during a pandemic. From mid-March onward, everyone in Rwanda had to stay home due to a government-enforced lockdown. But as a team we thought that our work to support groups that seek peaceful change had to continue! This is a job that always requires courage, patience and love for the Rwandan community. This work also constantly forces us to change and adapt strategies in order to achieve our objectives. Let me give you one example.

Local leaders in Rwanda often hire security guards to watch out for the security of the community. Though hired and supervised by local leaders, their salaries are paid by the community. One of the women's groups we work with in Gicumbi launched a campaign against three community security guards who brutally beat up two men just for walking around without facemasks. These security guards also misused their powers by asking people for bribes to enter food markets during the lockdown. They clearly broke the law and the women's group did not want to tolerate this, so we supported them in taking action.

Since all public gatherings were banned under the government restrictions to stop the spread of Covid-19, the women could not meet in person to plan their campaign actions. They decided to use phone calls and, for those who had internet access, WhatsApp.

This is not the first time this women's group has organised a campaign with our support, and the community knows and trusts the group. Someone in the community sent them a video showing the violent incident of the security guards beating people. This video helped the group a lot in spreading their campaign messages across different social media platforms.

The group urged the local government to act, reported the case to the authorities and provided key evidence. The pressure helped and the campaign was successful. The three security guards were fired and detained. A criminal investigation is underway and the guards need to pay the hospital bills of their victims. The case and the women's campaign urged the authorities to put out a statement calling on people to report misbehaving security agents.

I was impressed that the women's group managed to get this very difficult campaign done during the lockdown. Before Covid-19 we would hold face-to-face meetings with the groups we support. This was impossible during the lockdown so we had to rely on conference calls, Zoom, WhatsApp and phone calls to help them with advice, planning and moral support.

I think the pandemic has had negative, but also positive impacts on my peace work. On the negative side, I'm personally not used to working a lot with technology and I had a lot of trouble getting used to it.

In addition, it has become more difficult for us as community peace workers to spread key messages to a large amount of people. Not everyone has a phone or is on WhatsApp. Before Covid-19 we would gather hundreds of people during our community campaign events. Young people would use songs, dance and poems to spread messages around women's and children's rights or against violence. This is not possible any more, but we hope we can one day return to those activities.

On the other hand, this pandemic forced me to learn many new things. It's become even more clear to me how important it is to support communities in dealing with their own issues using nonviolent means. It has been a good reminder that I have to train myself in using technology. Most importantly, I learned to adapt strategies to fight violence even in extraordinary situations.

A call for support

I would like to call on the international community to support these activities of peace in Rwanda. We need your support in increasing the capabilities of local peace actors, especially in using technology. We also need your support in continuing to mobilise the Rwandan population so that they feel responsible for the maintenance of peace in our communities.

We invite all peace activists from around to world to come together, especially during this pandemic. Together, let's have the determination to fight injustice. It will be our strength. It's not easy, but even during these difficult times it's possible. Let us remain courageous because it is after the fight that one becomes a hero!

Support this and other Quaker work by making a donation

Martha Uwizeyimana works for the Evangelical Friends Church Rwanda as the Turning the Tide Programme Officer in Gicumbi, focusing on peacebuilding and training groups in nonviolence. 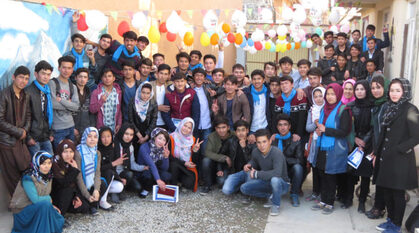 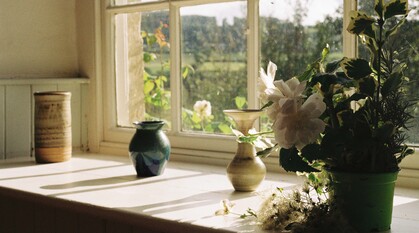 What to expect at a Quaker meeting for worship 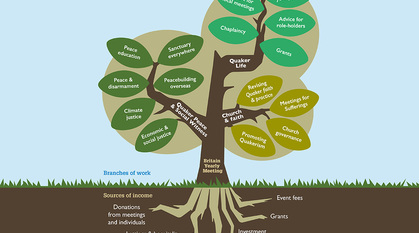