Sayyid* is from Bamiyan, Afghanistan. He's a member of Afghan Peace Volunteers, a group of young people committed to nonviolence – their campaign inspired our Fly Kites Not Drones peace education project. I met Sayyid 3 years ago in Kabul. He showed me how to make a kite from cheap bits and bobs. He would wake up early most mornings to cycle 5 miles across Kabul with his mum perched on the handlebars to get her to her job as a cleaner. During the day he studies, looks after his siblings and volunteers as a teacher. Recalling his unaffected laugh makes me smile.

On Wednesday 15 August 2018, Sayyid was studying at a higher education centre when a suicide bomb was detonated. Sayyid was injured, his friend among 34 classmates killed. It looks like the group that calls itself Islamic State was responsible, though Taliban fighters attacked elsewhere in the city on the same day.

This blog is an inadequate response to violence of that severity. The Afghan Peace Volunteers (APV) are young women and men of different ethnicities united in their commitment to nonviolence. Their projects educating street kids, supporting refugees through the winter and sustainable agriculture, are a huge source of inspiration for me.

I've never comprehended the deep well of faith and commitment the volunteers need to choose nonviolence each day. Young people trapped in a war not of their making, they've all lost people to violence and many have themselves been victims or eyewitnesses.

And they're shaken by these latest attacks.

Is what happens in Afghanistan about us? Britain withdrew troops from Afghanistan in 2014, nominally ending 13 years of so-called 'peacekeeping', but this summer saw a fresh deployment of 440 British troops to fight the Taliban. This is the repetition of a failed security strategy, motivated perhaps as much by US diplomatic pressure as by concern for Afghan civilians. So if 'we' means British foreign policy, yes we're involved. The history of insecurity goes back to British tampering and invasion in the 19th century.

Morally, is there a responsibility to protect civilians, even if all that happens is the mitigation of violence? Because Britain played a direct part in destabilising the country, you could argue that Britain bears greater responsibility. 'Britain mustn't stand by' becomes an easy refrain, however bad the results. The APV would never ask for foreign military intervention, but there are Afghans grateful for the international forces.

But there are nonviolent options for the international community. The Quaker Council for European Affairs has highlighted the many proven peacebuilding tools available. We need to educate the policymakers who think that the military option is the right and only one.

Quakers in Britain don't work on the ground in Afghanistan, but several threads of current Quaker witness intersect there. Sanctuary Meetings are committed to challenging the racism that makes it possible for the British government to deport Afghan asylum seekers to 'safe' Kabul, already swollen by refugees and displaced people. The perpetual war makes Afghanistan a convenient battlefield for testing and certifying new weapon systems from Britain's Watchkeeper drone to the US 'Mother of All Bombs', so ending the arms trade in the UK is not academic for Afghans. Our Quaker challenge to militarism at home must undermine the norms and ideologies that make perpetual war possible.

But if the fact that Quakers work on peace soothes you, think back to Sayyid and his classmates. His experience is not aberrant; according to the United Nations, militant violence is now the number one cause of death in Afghanistan. Things are worse now than at any point since 2001. To the extent the world pays attention at all, it is the acts of violence that continue to make the headlines.

So whatever we are doing, the reality in Afghanistan is not transformed.

If, knowing these things, you feel unshaken in your faith in peace and nonviolence, you're doing better than me.

The night after the education centre bombing, some Afghan Peace Volunteers were talking with friends, one of whom asked:

“How long am I supposed to witness losing family members, relatives and friends while nowhere is safe and we are under attack in schools, centres, mosques, gatherings and even home? What strategy do you propose to encourage me to stay in the country or prevent me from thinking about revenge as an option while our government has started ethnic cleansing, monoethnic policies? What nonviolent strategy in the most corrupt, unsafe, worst place to live country, a country with one of highest unemployment rates in the world, do you suggest we apply to see real tangible changes on our lives mitigating the risk of losing lives and improving conditions?"

I'd say the APV are among the world's experts in nonviolence but at that moment, no-one offered an answer.

Our witness for peace is urgent and necessary, but let's never imagine nonviolence is a simple answer for people living in war. It's a hard, uncertain choice.

It took him a little while, but a volunteer called Basir, wrote his own response:

“My heart beats for nonviolence and I will not refer to violence as a means to survive or as a response to my so-called enemy."

Sayyid is now recovering at home in Bamiyan. There, he joined a hunger strike to 'end the Hazara genocide'. I'm still not sure how, but today Afghan Peace Volunteers choose nonviolence again.

*Names have been changed.

What does climate breakdown have to do with our work on migration?

There will be no climate justice if we fail to address toxic colonial legacies and build lasting new connections, writes Tatiana Garavito.

How many Quakers does it take to change a light bulb? Huw Davies explains how to lessen the environmental impact of our meetings and meeting houses, ranging from simple steps to big ideas. 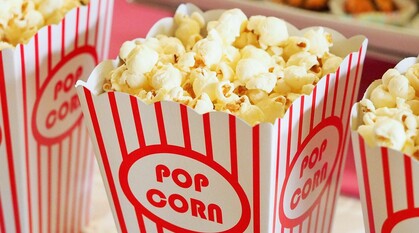 Moved by the spirit: Quakers in film

From Westerns to romcoms, Elizabeth Payne takes a look at seven films that feature Quaker characters for #QuakerFacts.