I grew up in a small town in the English midlands. Behind our terraced house was a lane where seven or eight families' children played together, doing all the stuff children do when they have a bit of space, time and imagination.

We children lived very similar lives – we went to the same schools, used the same shops, played the same games. And, although we didn't notice it at the time, we had something else common: none of our parents had been born in the town. They had come from India and Pakistan, Jamaica and Ireland, Poland and Italy. Only a tiny minority of our parents were even born in England. All of us knew the meaning of 'back home' – a place we learned about from family stories, but we'd never visited (who had money for long-distance airfares?).

True, there were small differences – our meals were sometimes different, there were different rules about what we could watch on TV, or which place of worship we had to dress up for at the weekend. Unlike me, some of my friends didn't live with all of their siblings. For some parents, economic survival meant leaving one or more children 'back home' – either forever, or until there was enough money to bring them over. Occasionally a new brother or sister appeared, and was absorbed into our lives without fuss.

There were bigger differences too. Over time, I learned that some white people, like Enoch Powell and his supporters, went out of their way to make some of my friends and their families feel unwelcome and unwanted. Racism was unavoidable for people of colour making their way in this country, and this remains shamefully true today. It didn't diminish the meaningfulness of the connections we felt; we bonded through both our internationalism and our local lives.

The right to remain

These days, I find myself confused and angry. The current UK government policy is to create a 'hostile environment' for migrants and asylum seekers who do not have the right to remain, and the headlines every day tell me how they succeed in this. Britain Yearly Meeting is countering this with political advocacy work and by supporting Sanctuary Meetings, where Quakers create a culture of welcome for newcomers in their local communities.

Even so, we are wrong-footed again when we hear that people who arrived between 1948 and 1971 are being told they have no legal right to stay.

The 1971 Immigration Act gave them – and by extension their children and grandchildren – 'indefinite leave to remain'. But although the governments of the time wanted their parents' labour, not everyone was issued with formal legal documents.

And now today's government is hounding those people – removing their right to work, imprisoning them and deporting them. It's shameful, and it's frightening.

I'm reminded about this from our Advices and queries:

"Bear witness to the humanity of all people… Seek to understand the causes of injustice, social unrest and fear. Are you working to bring about a just and compassionate society which allows everyone to develop their capacities and fosters the desire to serve?"

So I've just signed a petition on the UK government and parliament website, asking for amnesty for the Windrush generation – and you may want to do the same.

But really it's not about 'amnesty' or a 'lower burden of proof of residence', it's about humanity and real lives. I am committed to resisting, challenging and undoing the state's 'hostile environment'. Because of my childhood friendships, yes, but also because I believe that every person – no matter their legal status – is unique, precious, a child of God.

Join the movement for Sanctuary Everywhere

Juliet is Deputy Recording Clerk of Britain Yearly Meeting. She is working for a Quaker movement which is living faithfully, purposefully united, joyously diverse, and making real change in the world. 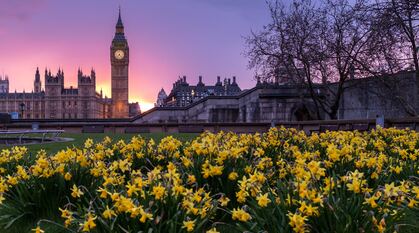 5 things we can do to put Quaker values into Brexit

Jessica Metheringham rounds up some key actions for Friends. 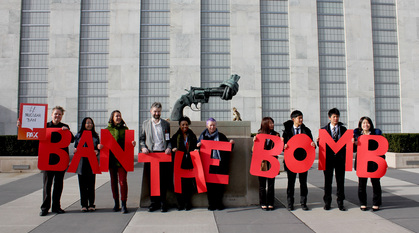 Daniel Jakopovich reflects on worrying global developments around nuclear weapons and what Quakers can do to create a culture of peace.

Quakers in Britain will stand in solidarity with climate strikers on 20 September. Paul Parker looks at different ways to get involved in the strike.