A matter of conscience: Quakers and conscription 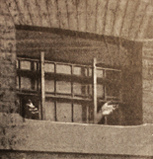 In 1914 Britain stood alone in its approach to military recruitment. Unlike its European neighbours, it had long relied on its navy for security, supported by a small professional army.

The idea of conscription had surfaced during the Second Boer War (1899–1902) but was widely rejected, with the then British Commander-in-Chief Lord Roberts stating:

“...the man who voluntarily serves his country is more to be relied upon as a good fighting soldier than is he who is compelled to bear arms."

By contrast, Germany's longstanding system of conscription allowed it to mobilise 3.5 million men in August 1914.

As early as 1913, as pro-military pressure groups like the National Service League sought to influence British public opinion, the Peace Committee of the Society of Friends began leafleting against compulsory military training and service.

But despite almost 2.5 million men joining the British army voluntarily between August 1914 and December 1915, the heavy losses at the front meant that by the end of 1915 the government had begun preparing for the introduction of conscription.