More than 100 Quakers from England, Scotland and Wales came to Westminster today to take part in The Time is Now, a mass lobby of parliament urging MPs to take action on climate crisis and environmental breakdown. Faith representatives ─ including a former archbishop and a young Quaker ─ addressed the gathering.

With scientific warnings ever starker, UK faith leaders said the time to act is now.

Around 14,000 people lined the streets around parliament, to hold conversations with MPs on the vital need for government action.

To confront the injustice of climate breakdown we need to voice our views loud and clear, engage politically, and hold our leaders to account.

Faith groups gathered at St Martin-in-the-Fields in Trafalgar Square to share stories of climate action. Then representatives from across the religious spectrum led an interfaith Walk of Witness past Downing Street to an event in Church House, central offices of the Church of England. There, alongside former Archbishop of Canterbury, Rowan Williams and Buddhist, Catholic, Jewish and Muslim representatives, 17 year old Quaker Anya Nanning Ramamurthy from north London addressed the gathering. 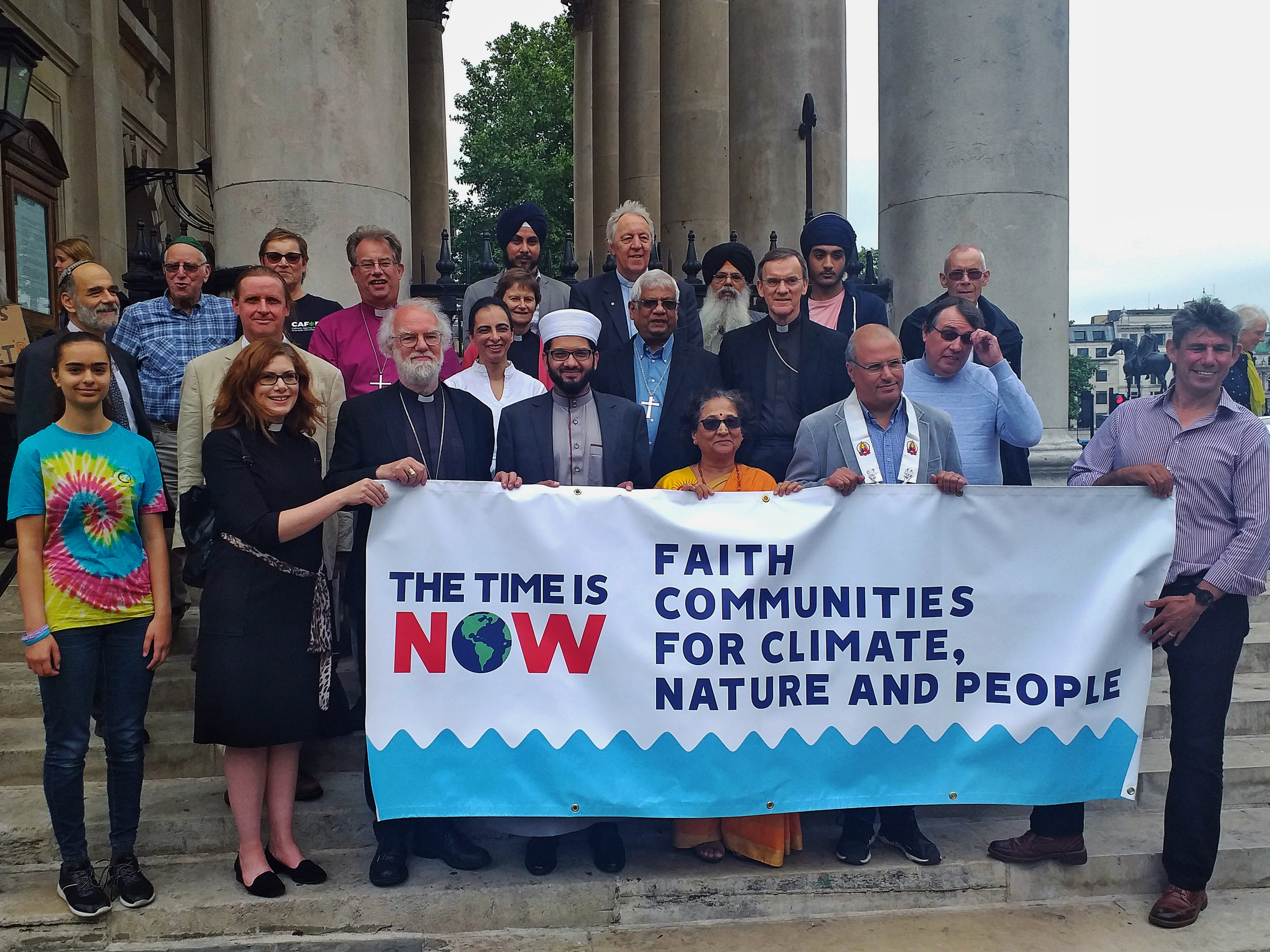 Anya Nanning Ramamurthy said, "To confront the injustice of climate breakdown, we need to be active. We need to voice our views loud and clear, engage politically, and hold our leaders to account. We must build the world as we want to see it. God is within every one of us and therefore we must act like it." She called on faith bodies to do more to support young people taking action for climate justice. Anya, 17 years old, has taken part in recent school strikes. She was in Friends House recently to hear Swedish schoolgirl, Greta Thunberg's plea to politicians: listen to scientists.

Quakers believe that with proper political leadership we can change the economy to avert climate chaos and extinction.

In early June, outgoing Prime Minister Theresa May announced that she will commit the UK to net-zero emissions target for 2050. This will require the UK to almost entirely cut greenhouse gas emissions and account for those remaining by removing them from the atmosphere.

Paul Parker, Recording Clerk for Quakers in Britain, welcomed that announcement but said stronger leadership was needed: “Theresa May's net-zero commitment shows the strength of the growing climate movement. But it is not enough. 2050 could be too late. We need bold policy now to build a truly sustainable and just economy. Quakers believe that with proper political leadership we can change the economy to avert climate chaos and extinction. Without, it is the poorest and most marginalised that suffer most. As people of faith, we are here today to call on our politicians for bold, urgent leadership."

The mass lobby was organised by the Climate Coalition that represents campaign organisations, faith groups and community groups with a total of 15 million members, along with Greener UK, a coalition of campaigners calling for strong environmental UK laws.