This event has ended.

A documentary feature film by POW Productions Ltd about the battle for the hearts and minds of Britain's children in an increasingly militarised society. 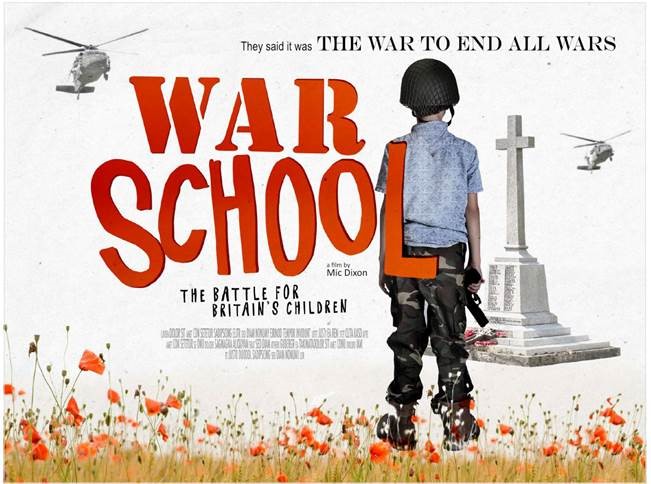 The UK government is conditioning its citizens to support a war-based foreign policy and is enticing our children into the Military. Armed Forces Day, Uniform to Work Day, Camo Day, National Heroes Day: in the streets, on television, on the web, at sports events, in schools, advertising and fashion, the military presence in UK civilian life is increasing daily. The Government has a comprehensive action plan and is spending over £100m targeting the education system and promoting public support for its war machine.

A resistance movement is growing. Ben Griffin went from gun-obsessed child to SAS zealot, now he is leading a Veterans for Peace march to the Cenotaph. Quaker Sam Walton unearths the new government strategies and risks prison in his determination to do something about it. Through veterans' testimony, archive and observation, War School tells the untold story of Britain's century of perpetual war and the developing resistance to the new tide of militarism.

This is a BYM event.