On Saturday 9 December campaigners gathered outside the Ministry of Defence to celebrate the International Campaign to Abolish Nuclear Weapons (ICAN) receiving the Nobel Peace Prize. We were there to celebrate the efforts of campaigners from across the globe in achieving the landmark UN Treaty on the Prohibition of Nuclear Weapons. But also to challenge the UK government's lack of support for the ban. This is a historic treaty and an important step on the road towards nuclear disarmament.

Putting pressure on the government

Quakers in Britain are working with the Joint Public Issues Team (JPIT) to put pressure on the UK government to sign the treaty. We've been sharing images on our social media of Quaker staff holding up signs with messages and the hashtag #nuclearban. You can join the campaign by sharing your own message – take a picture holding a sign with this hashtag, and then share the image on social media.

The images will be collated into a single petition picture to submit to the Foreign & Commonwealth Office. An accompanying letter will call on Boris Johnson, the Foreign Secretary, to develop and publish an appropriate transition plan so that the UK is prepared and ready to sign and ratify the treaty at the first opportunity.

Quakers have a long tradition of campaigning for nuclear disarmament. In 1955 Meeting for Sufferings, the national representative decision-making body for British Quakers, said: "To rely on the possession of nuclear weapons as a deterrent is faithless; to use them is a sin." (Quaker faith & practice 24.41).

Quaker Peace & Social Witness is a partner of ICAN and has played an important part in supporting efforts to raise awareness of the destructive effects of nuclear weapons. There are more than 15,000 nuclear weapons stockpiled worldwide, with several thousand deployed and ready to use. The use of these weapons would have devastating humanitarian consequences – causing destruction, contamination, death and displacement. There would be far-reaching damage to the environment, agriculture, socioeconomic development, and human health and well-being. Setsuko Thurlow, a survivor of the atomic explosion in Hiroshima, spoke from personal experience about these impacts in her joint acceptance speech for the Nobel Peace Prize.

The UK government insists that it is committed to multilateral disarmament but was absent from the negotiations on the nuclear ban treaty. The UK, France and the USA issued a joint statement saying that they "have not taken part in the negotiation of the treaty… and do not intend to sign, ratify or ever become party to it." When presented with an opportunity for multilateral disarmament the UK failed in its commitment.

Now that nuclear weapons have been stigmatised and prohibited, we must build on this momentum to achieve a nuclear weapons free world. If we amplify our efforts we can put pressure on the government to sign the treaty.

Sahdya is the Peace and Disarmament Coordinator. Through her work she strives to help build a peaceful and just society.

On 4 January, we are hosting a panel in London about getting the nuclear states on side with the Ban Treaty, about the next steps we need to take. 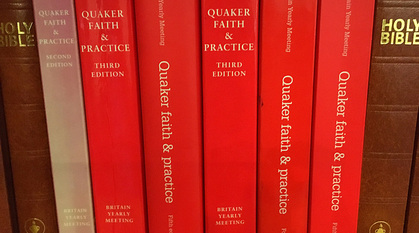 Revision of the book of discipline: what happens now?

A big decision was made by Quakers at Yearly Meeting 2018, one with far-reaching consequences. Paul Parker outlines what happens next and how you can get involved. 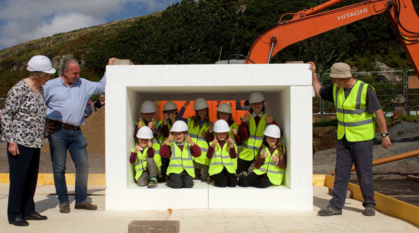 Paula Harvey of Quaker Housing Trust writes about the Quaker spiritual concern for housing in Britain. 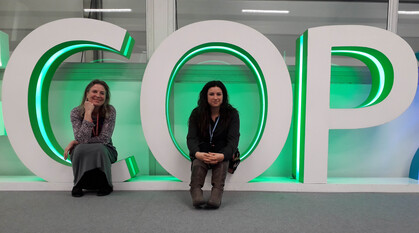