For a faith group known for stillness and silence, Quakers have captured the literary imagination more than one might expect. I have always been an avid novel-reader, and as someone raised in the Church of England tradition, I read about Quakers long before I ever heard the word spoken. But how are Quakers portrayed in fiction? In this by-no-means-exhaustive list, I take a look.

One of Western literature's most famous literary heroines, Charlotte Brontë's Jane Eyre describes herself as a “plain, Quakerish governess", and though she is not Quaker, her determination to live quietly, dress simply, and speak plainly mark her out as a kindred spirit. The novel's 1820s Yorkshire setting places Jane Eyre in Quaker-influenced country that contrasts with Mr Rochester's libertine ways.

Unlike the society women depicted in the novel, Jane chooses to wear simple black or grey clothes, and resists Mr Rochester's attempts to embroider her appearance. “I was myself in my usual Quaker trim, where there was nothing to retouch – all being too close and plain, braided locks included, to admit of disarrangement."

Another celebrated Victorian author, George Eliot, alludes to the Quaker values of simplicity and equality in her 1859 novel Adam Bede. In it, confident female preacher Dinah Morris is believed to be a Quaker, and wears a 'Quaker bonnet', though she is in fact a Methodist.

A science fiction novel that imagines a future where a small group of Quakers venture into space to escape the end of human civilisation. They reach an uncharted planet, name it Foxfield, survive with the help of the planet's native life, and continue to practice their beliefs for generations – until, one day, other human survivors establish contact with the Foxfield community. The novel's author, Joan Lyn Slonczewski, is a microbiologist as well as writer. Her Quaker faith is present in her other works, including A Door into Ocean (1987).

In Margaret Atwood's acclaimed tale of patriarchal oppression, Quakers serve as shorthand for ethical people who act conscientiously even as the laws around them become corrupt. They play an essential role in helping women escape the tyrannical regime of Gilead. It's both a historical callback to the time when North American Quakers helped people escape slavery by supporting the Underground Railroad, and a nod to how Quakers might respond to a real life patriarchal regime. In a 2017 New York Times essay Atwood summarised that “The Quakers have gone underground, and are running an escape route to Canada, as — I suspect — they would."

Set in 1850, Tracy Chevalier's 2013 novel follows Honor Bright as she leaves her Dorset home and Quaker Meeting for a new life in America. She is shocked by how some American Quakers view race and slaveholding. Becoming involved in the Underground Railroad, she faces a moral dilemma when the Fugitive Slave Act criminalises her activities. Chevalier, a British Quaker herself, explores the nuances of transatlantic Quaker belief and custom in this historical tale.

In 1951 critics reviled this sprawling American novel of capitalist nation-building and whaling. Its author, Herman Melville, had enjoyed early success but this tale sunk him: he died forgotten. Two Quaker captains appear early on in Moby-Dick. Bildad and Peleg are 'fighting Quakers', capitalists who channel their religious fervour into exploiting their workers and the oceans. Their corruption of Quaker ideals is noted: “Though a sworn foe to human bloodshed, yet had [Bildad] in his straight-bodied coat, spilled tuns upon tuns of leviathan gore." A former sailor, Melville satirised the Quakers who ran the Nantucket whaling industry from 1690 onwards, commanding enormous wealth in the process.

Nathaniel Hawthorne's 1850 novel looks at the hypocrisies of Puritan 17th century Massachusetts. In one passage the shunned heroine of the tale, Hester Prynne, “saw the children of the settlement… disporting themselves in such grim fashions as the Puritanic nurture would permit; playing at going to church, perchance, or at scourging Quakers; or taking scalps in a sham fight with the Indians, or scaring one another with freaks of imitative witchcraft." It's true that Quakers were persecuted in the Americas – Quaker Mary Dyer was one of four executed in Boston – and these experiences have shaped Quaker responses to all forms of injustice.

I found it surprising that the novels I read or researched for this piece did not show contemporary Quaker life. The titles above suggest that Quakers exist in the distant past of Victorian history, or in dystopian futures where Quaker morals are desperately needed. The only present-day novel I came across was a thriller about a serial killer named – for reasons that remain mysterious to me – The Quaker. Surely I am missing something! If you have come across Quakers in fiction, classic or contemporary, do share them on social media with the hashtag #QuakerFacts. 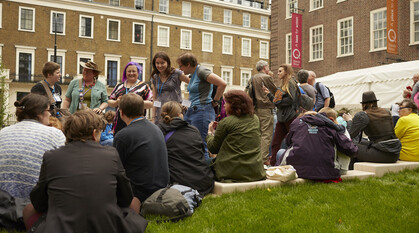 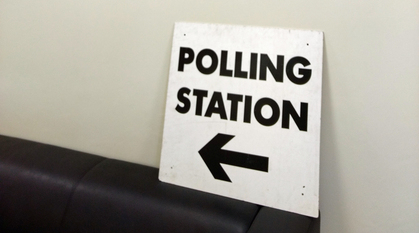 Prisoner voting rights: why they're important

With the recent Quaker submission to the Scottish Parliament on prisoner voting, Teresa Parker and Mairi Campbell-Jack explore some of the questions around prisoner voting rights. 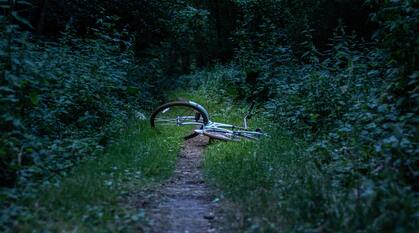