Quakers work with other faiths for a range of reasons and we grow in our spiritual life by doing so. By knowing our neighbours and fellow citizens at a deeper level we improve community relations and, as a peace church, it is imperative that we confidently contribute to peaceful community and religious life.

For Quakers, spirituality takes many forms, and we accept that life is a spiritual journey. Both of these truths enable us to be open to new ways of thinking and acting, and help us see value in working with people of other faiths.

For me, we are here to ensure that a compassionate and honest life can be had by all. I have spent my life committed to alternatives to war and violence. I have worked with peace groups in the occupied territories, in Egypt, in former Yugoslavia, in Northern Ireland, and across England, Scotland and Wales. In every one of those places, I have been witness to a truth: humanity has the capacity to contribute to the flourishing of all people and the planet on which we depend. Particularly when people work together across their differences, and so reach the places where we have more in common.

As early Quaker Isaac Penington stated in 1660, "For this is the true ground of love and unity, not that such a man walks and does just as I do, but because I feel the same Spirit and life in him…" (Quaker faith & practice 27.13). It is this belief that has guided Quaker interfaith visitation and exchange of spiritual insights since the very early days of Quakerism.

How Quakers have related to other faith groups over the centuries has altered, as leadings and concerns have been expressed differently in varying contexts. In 1682, the Quaker William Penn wrote to the Lenape Nation in their own language, of 'the Great Spirit who made me and you,' as he took ownership of their lands. Over time, Quaker relations to people who in the nineteenth century were referred to as 'heathens' evolved. By 1928 the Friends Foreign Mission Association joined the new Friends Service Council; in 1933 its former secretary Henry Hodgkin wrote, “I really find myself wanting to learn from people from whom I would previously have regarded as fit objects for my missionary zeal" (Quaker faith & practice 27.07).

Our interfaith approach has not stopped evolving. In 1947 London Yearly Meeting created the Committee on Christian Relations which enabled Friends to engage formally on behalf of the Yearly Meeting with other churches; in 1991 that remit widened to include all faiths. In recent decades our book of discipline, Quaker faith & practice, has invited us to recognise the spirituality and good works of those faithful to other religions.

In the twenty-first century, our interfaith relations continue to develop. Some Friends have felt called to visit faith leaders in other countries when the danger of war is imminent. Others have felt a calling to worship with other faiths and regard themselves in dual membership of another faith and a Friend. Still other Friends find that deep spiritual Christian understanding can only be gained through intense work with other churches accompanied by Bible study.

Today, Quakers can work with other faiths in many ways – by attending activities organised by other faith groups and accepting invitations to celebrate feast days. By ensuring that all projects which Quakers initiate are open – such as anti-poverty work, anti-war work, asylum and refugee work, anti-racism activities – we can be welcoming to those of other faiths.

It is rarely enough to simply put a line 'All Welcome' on a notice about forthcoming events. A more formal invitation to other faith communities, along with assurance to your guests that they will be accompanied and guided when attending the event, can be a more active way of welcoming other faiths.

Friendly and active community relations across all faiths are at the heart of good peacemaking and the flourishing of humanity. Search for an activity near you this Interfaith Week – and take the consideration of interfaith work and what you learn from it to your local meeting.

Find out more about Interfaith Week 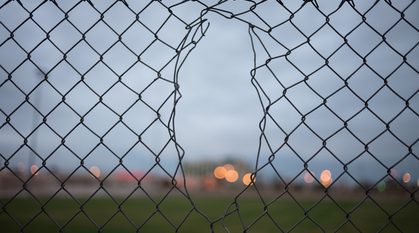 An amendment to the Immigration Bill shows that the way forwards is rarely smooth. Jessica Metheringham asks whether it's the right option to take. 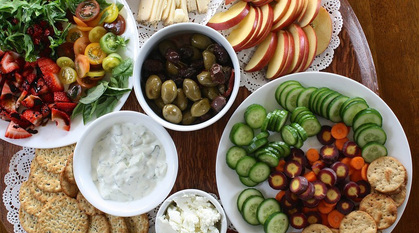 From vegetarian lunches to campaigning on indefinite detention, Chloe Scaling finds out how Cardiff Quaker Meeting became a Sanctuary Meeting that aims to provide a warm welcome to people from refugee and migrant backgrounds.