When talking to students about COP26, I'll have to tell them honestly that, while I don't fully understand the deal, it feels like a disappointment for supporters of climate justice. Prioritising optics over action, rich countries trumpeted their alarm, but enabled more pollution with impunity at the expense of the world's poorest people.

Yes, it's positive that the world's governments can meet diplomatically, but the inequality of power and privilege were all too visible in the structure of the conference.

Yes, some issues inched forward in Glasgow. The inclusion of a dialogue around the crucial words 'loss and damage finance' may eventually allow the victims of climate breakdown to claim some resources for their survival.

And yes, there will be a COP27. But whether you trust the measured praise of UN Secretary-General António Guterres who sees "building blocks for progress", or Plan B's Tim Crosland who concludes that COP26 has been an "absolute failure", it's hard to claim the conference has been a triumph of justice.

How should educators respond?

In a welcome win for our friends at Teach the Future, the government announced a draft Sustainability and Climate Change education policy for England, something they've campaigned hard for. This gives teachers more permission to deliver climate education, but it remains voluntary.

It also frames climate education narrowly as about only science and sustainability; words like 'justice' and 'human rights' are absent and schools are told "it would not be appropriate to encourage pupils to join specific campaigning groups or engage in specific political activity, such as protests". This hostility to public protest is likely to chill the teaching of active citizenship, although I doubt it will do much to dampen young activists' passion.

It's impossible to ignore the prophetic role young activists have played, seeking to drag those in power into action. The climate school strikers' refrain, "We want you to panic!" is one of the most rational pleas in the light of the scale of the crisis. They demand action, not permission. Not in the future, right now. Thousands of young people took over the streets in Glasgow during COP26. 50 Welsh schools met online on 18 November for the Peace Schools Conference 2021, showing their thirst for action.

In short, the government is lagging behind the children and young people. This leadership demands action from educators, however slothful government is. Whether as parents, teachers or youth workers, we need to hold the space to educate for climate justice.

This has two meanings. First, the world, the planet, the climate, won't wait. Global heating won't take a break for humanity's governments and companies to get their act together. Nor will environmental destruction, extreme weather events, or deaths of vulnerable people.

But Our Shared World Won't Wait is also a promise from educators. Our Shared World is the name for a movement of educators in England working for Sustainable Development Goal 4.7 so every learner receives an education that equips them to contribute to a just, sustainable, peaceful and resilient world. There are over 150 members including NGOs, businesses, universities, teacher and student unions, subject associations, youth groups, and individuals. There are parallel campaigns across the UK nations and around the world.

That movement won't wait. The first of a series of online 'Did you COP that?' events for educators to organise on 18 November overflowed. I'm confident that the rich ecosystem of exciting and challenging learning that blossomed around COP26 won't be a one-off.

Join the movement. Educators must share the stories of climate justice struggles across the decades, from the Movement for the Survival of the Ogoni People in resisting Shell in Nigeria, to the forest defenders of the Amazon and the anti-frackers of Cumbria and Sussex, people have been responding to structural violence and environmental vandalism with courage and nonviolence.

We'll teach the frameworks that allow us to critically assess what is just: children's rights, human rights including economic, social and cultural rights. Teach the intersections of injustice: how colonial and environmental violence intersect and how gender equality and education can build sustainability; how real democracy needs active citizenship and space for protest and dissent.

And we'll teach for action by modelling it. Courage calls to courage, and educator must call to educator to teach climate justice.

In Wales: follow the work of the Welsh Centre for International Affairs.

In England: join Our Shared World.

Find out more about Quaker work for climate justice

Ellis is Peace Education and Engagement Coordinator. He supports people to get involved in peace education, from restorative approaches in schools to exploring global issues. 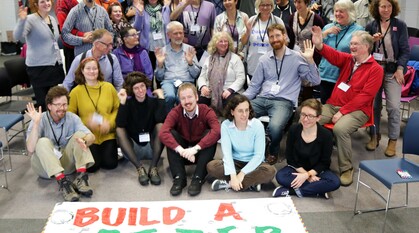 Suki Ferguson distils some of the inspirational lessons that emerged from the annual day of skill-development, discussion and new connections organised by Quaker Peace & Social Witness. 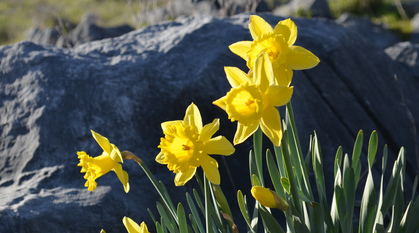 A Quaker take on Easter

Alistair Fuller explains how his understanding of Holy Week and Easter has evolved from childhood chocolate to a deeper appreciation of the stories behind the celebration. 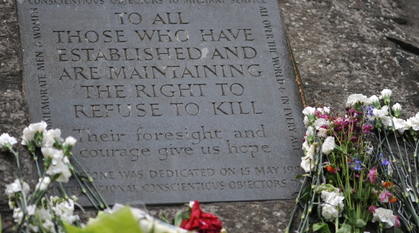