Early in 2019 Quakers from all over Britain gathered at Woodbrooke, the Quaker study centre, to explore diversity and inclusion. Framed in Quaker worship, the talks and sessions looked at race, gender and class in particular. Here are some of the key things I took away from the gathering.

1. Quakers are not perfect

Quakers in Britain today have high ideals and have achieved great things: being influential in the abolition movement, affirming the right of couples in committed relationships to marry regardless of gender, and calling for a more peaceful world. I've heard people say they don't think they're 'good enough' to be a Quaker.

Yet Quaker history isn't always so rosy. At one point the biggest gunmaker in Britain was a Quaker named Samuel Galton. Some Quakers made their fortunes from the slave trade before buying and selling people was officially denounced by British Quakers.

More recently, I've heard Quakers make anti-Semitic, racist and transphobic comments. Quakers can also be sexist and patronising – I've felt the latter as a young Quaker woman. But I've also seen people grow, change and work through their prejudice, even if it takes a long time. It gives me hope.

Quakers are human and we have made mistakes. Acknowledging these mistakes makes it possible for us to be better. This trying to be better is a moment-by-moment choice, not a one-off decision to be a 'good' person, with all of the right answers all of the time.

Quakers can also learn from other people and groups, which we did at the gathering – all of the keynote speakers were from different faiths.

Robert Beckford, a university professor, documentary filmmaker and Pentecostal Christian, gave the first keynote, all about critical whiteness studies. He said that white people need to acknowledge their whiteness and move on from the guilt they feel because of this. Guilt can be immobilising, but once we move on from it, we can take action.

We learnt about the changing history of who would be defined as 'white' – for example, in Britain, Irish people were once thought to be closer to black than white. Racial identity is not set in stone, and has been used by pseudo-scientists to create hierarchies of race to keep one group in power.

White people rarely talk about what it means to be white, perhaps because it's seen as the default in British society. When white Friends have conversations about race, we move towards being a more inclusive faith.

3. No-one's lives are up for debate

Sabah Choudrey was another inspiring speaker. In their own words, Sabah is a 'hairy brown transgender Muslim'. They spoke about privilege and how differently they are treated when perceived to be a man. For example, they felt physically safer.

Sabah presented Peggy McIntosh's concept of the invisible rucksack: the idea that privilege gives us certain tools we use in life to help us. As part of the session, we talked in pairs about how we experience privilege, and what we had in our invisible rucksacks, as each is unique to us.

We also identified the pronouns we like people to use when referring to us, such as she/her, he/him, they/them, or any others. Saying this alongside your name upon meeting someone is helpful – we say 'don't judge a book by its cover' and the same should be true of people. You might not know what someone's gender is or which pronouns they use simply by looking at them.

Faith, gender and sexuality are all fluid. As Quakers, we may find this easier to accept in terms of faith, but we need to realise that faith is not the only thing which changes throughout someone's life. We must accept people without feeling the need to 'debate' their identity, particularly their gender identity – we each know ourselves better than anyone else and should trust people when they say 'this is who I am'. No-one's life is up for debate.

In the workshop about Quakers and class, what stood out for me was that our experiences of social class were already diverse. Each person is unique and so is their class journey. Yet the 'stereotypical Quaker' is seen as middle-class, and it's often implied that Quakers are people who have been middle-class for the majority of their lives. We need to get rid of the notion that Quakers are middle-class by sharing our stories.

Lynne Cullens, a Church of England vicar with a strong working-class identity, talked about how middle-class leaders in her church often fail to recognise working-class people's leadership potential. In a similar way, do working-class Quakers get overlooked for roles such as clerks, elders and overseers? In our nominations processes, do we acknowledge our conscious and unconscious biases, and consider all people for leadership roles?

At the end of the weekend Friends made plans for next steps, with many promising to hold workshops and discussions about class in their local and area meetings. This was encouraging given that class can be seen as a taboo topic, but I wondered if class is 'easier' for Friends to discuss than race. Is starting with class another case of Quakers not acknowledging whiteness?

Overall, I left the gathering with hope. Complex conversations about how we include everyone have begun to take place and are set to continue. Yearly Meeting, focussing on power and privilege, will be a fantastic opportunity to continue this work and start to make change. 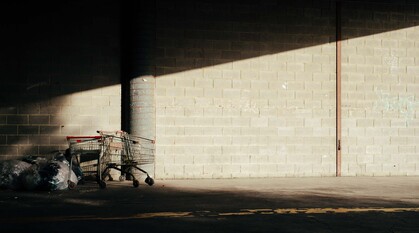 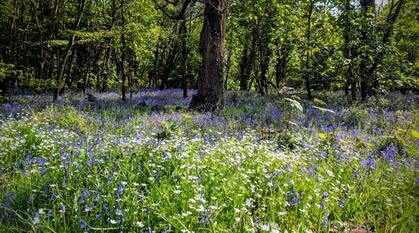 Reflecting on our action for the planet 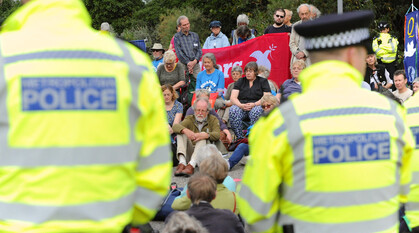 Protecting the right to protest: action you can take

Grace Da Costa shares how you can take action to oppose the draconian new powers in the Policing Bill.