For us, working and advocating for change means using eyewitness stories collected by Ecumenical Accompaniers (EAs) to help influence British, Irish and EU policy to end the occupation.

We share the personal stories of Palestinians and Israelis through public talks and on social media, support local communities to take action, build partnerships with others working for peace, and directly lobby the British and Irish governments and EU institutions.

Which principles guide how and when we work for change?

When choosing how and when to speak out and work for change, we are guided by the following principles: 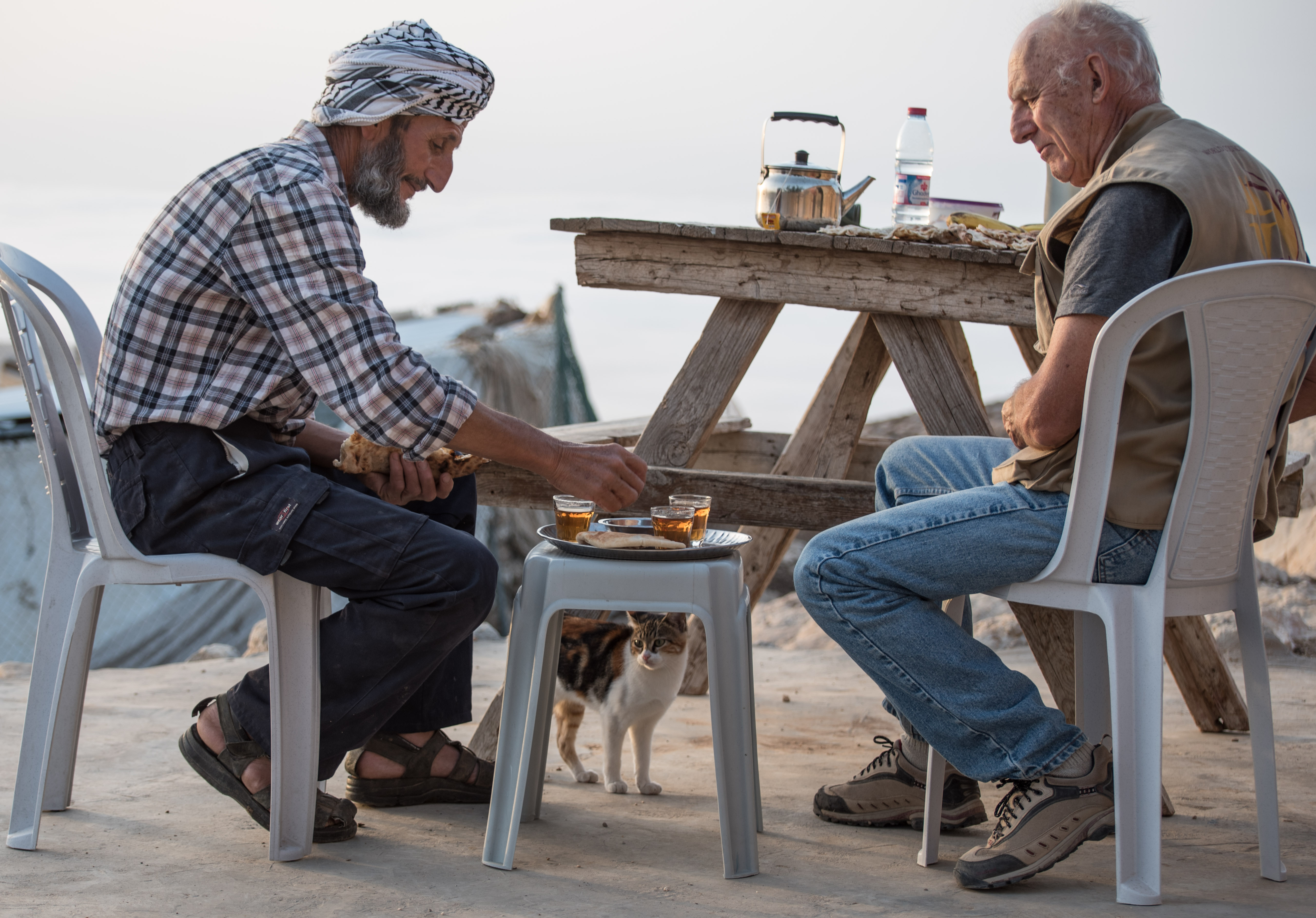 We are not pro-Palestinian or pro-Israeli and we do not take sides in the Israeli-Palestinian conflict. We are not, however, neutral in terms of international humanitarian and human rights law. We are unwavering in our belief that any practice used to occupy territory must comply with international law. Where we witness violations or are able to document them ourselves, we will speak out and work for change. You can read about the main violations witnessed by EAs on our Eyewitness Blog.

We support both the right of the State of Israel to exist and the right to self-determination within the West Bank, including East Jerusalem, and Gaza for Palestinians.

We reject the use of violence as a means of ending the occupation. Instead, we seek to bring about change by engaging individuals and groups in peaceful strategies. We believe nonviolence is the only way to a true and lasting end to the occupation.

While EAPPI UK & Ireland is not a member of the BDS movement and does not advocate for BDS, we support the right of organisations and citizens to engage in such democratic and legitimate means of nonviolent protest. We do advocate for an end to trade with Israeli settlements in occupied Palestine.

We must be locally led

We do not presume to be the voice of those affected by the occupation, either Palestinian or Israel, but rather the amplifier of their voices. Our work for change is inspired and continually guided by the experiences and calls of those directly affected.

The occupation harms all sides

We believe the occupation is harmful to Palestinians and Israelis, and we are concerned about the suffering experienced by both peoples. We acknowledge the humanity of everyone involved in the Israeli-Palestinian conflict and believe in the possibility of all parties to live alongside each other in a just peace.

We are committed to hearing from as many perspectives as possible and having open, safe and honest conversations with those who disagree with us. We do this so we can widen our understanding of the Israeli-Palestinian conflict and the strong feelings it generates. We know that EAs' stories can be hard to hear. We hope our continued engagement with those who hold a different view will challenge us to grow in integrity and knowledge. We value the work of deepening interfaith relations and understanding on this issue.

Everyone can do something

We believe that raising awareness is not enough to provoke change. Instead, we need to inspire and transform people to work for change themselves. We believe that everyone – whether a member of the public or the leader of a country – can do something to help end the occupation and bring about peace. We have seen time and time again throughout history how ordinary people working together can achieve extraordinary results.

Why do we work for change on the occupation?

EAPPI engages with the occupation because we've been invited to. A public request made by the Heads of Churches in Jerusalem following the outbreak of the Second Intifada in 2000 called for an international civil society presence to witness and accompany all those suffering in Palestine and Israel and to support efforts to end the occupation.

The World Council of Churches (WCC) responded to the request by establishing EAPPI in 2002. In a meeting with the WCC, local Christians in the Holy Land proposed establishing EAPPI as "an accompaniment programme [including] an international ecumenical presence...closely linked to the local churches".

With the occupation now in its fifth decade, we find the call by churches and local partners for EAPPI to engage in this mission is stronger than ever.

Find out more about EAPPI