Quakerism started in England in the second half of the 17th century, during the aftermath of the English Civil War; a time when many people were interested in radically reshaping religion, politics and society. Early Quakers started preaching around the North of England, and then further afield around Britain, gathering followers who were convinced by their radical ideas.


The key beliefs of Quakerism were formed at this time. They include the idea that each individual can experience inner light, or the voice of God, without needing a priest, or the Bible. This belief has evolved to mean that Quakers don't have strict set rules governing their Church – how each individual chooses to act, if it is driven by this inner light, is valid. It also means that Quakers believe there is that of God in everyone, they seek to 'meet' this in all people and see all humans as equal and deserving of equal treatment and respect.

Early Quakers also preached there was no need for churches, rituals, holy days, or sacraments, to practice religion. Rather religion should be something one lived and acted out every day.

These ideas were radical in a period where the established church held great political power, and many early Quakers were imprisoned and oppressed for these beliefs.

Through history, these beliefs have led Quakers to act in ways they are now well known for; campaigning for the rights of prisoners, refusing to fight in wars, mediating in conflicts, and becoming the first religious organisation in Britain to officially recognise same-sex marriage. 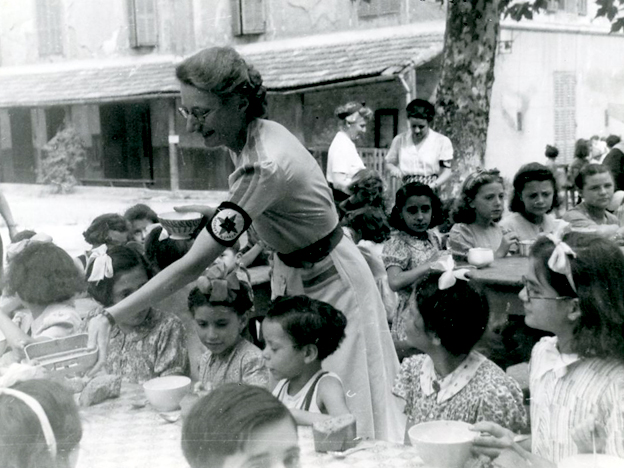 Early Quaker gatherings and the organisational structure, set up in the 17th century, remains much the same today; Quakers gather to meet together, usually once a week, to sit in stillness and waiting, often in silence. There is no priest, everyone is equal; when someone feels moved to speak they can. Quaker 'business' meetings to organise church affairs are also non-hierarchical and decisions are taken, in a spirit of worship, by group consensus. Quakers from across the church in Britain, come together annually at Yearly Meeting to decide important matters. An example was the decision taken by the Yearly Meeting in 2011 to commit Quakers to tackling the climate crisis.